Supplements for Hair Growth: How do they work?

A few strange things you can do with a lip gloss 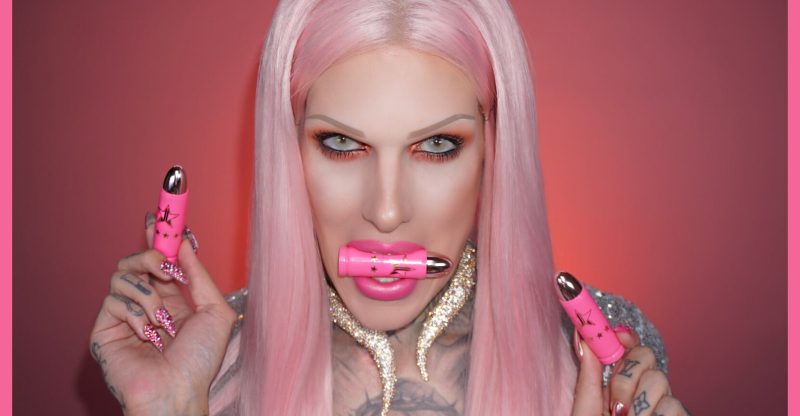 Home
Lips
Lip Ammunitions from Jeffree Star – Shoot them with your make-up!

Jeffree Star is an original personage, that is why his designs are equally interesting. In the past few months he designed not only clothes, but also launched his own cosmetic collections, which are as original as he is. Among many novelties are Lip Ammunitions – lipsticks in shape of bullets. What do you think, yes or no for this gadget?

The personage of Jeffree Star is well known in the Internet and all that because of his eccentric image. Today, he is an icon of fashion and unusual style, which he secured with his MySpace account, where on daily basis he presents another metamorphoses. This is where we praised on his new lipstick collection Lip Ammunitions.

Lipstick collection Lip Ammunitions from Jeffree Star, even before hitting shops became top trend in social media. Why? Mostly because former musician very effectively endorses Lip Ammunitions with his name. In the past Jeffree Star was occupied by more than make-up. Beside being make-up artist for the past decade, he sings electro music, designs fashion and promotes individuality in the life.

Extravagance of Jeffree Star, who often changes his look and clothes, influenced also Lip Ammunitions collection. What can we say about these lipsticks beside the fact that they are endorsed by Jeffree Star brand and are created by the celebrity from Los Angeles?

Lipstick collection Lip Ammunitions is a novelty of past few months. In United States, product already hit the stores, however, it cannot be bought everywhere. The price is obviously quite high, as it tends to be with such popular cosmetics, which get the attention even before you could buy them. However, you can move pass this.

Lip Ammunitions have truly high quality. Beside the fact that they look like pink bullets with metallic elements, they also provide stunning effect. Make-up with Lip Ammunitions is expected to be durable, intense and deadly effective. You can choose out of 10 shades of lipsticks, which you can see in one of videos of Jeffree Star. The model presents his products on himself and leaves no doubts as to fact that Lip Ammunitions are worth the fuss!